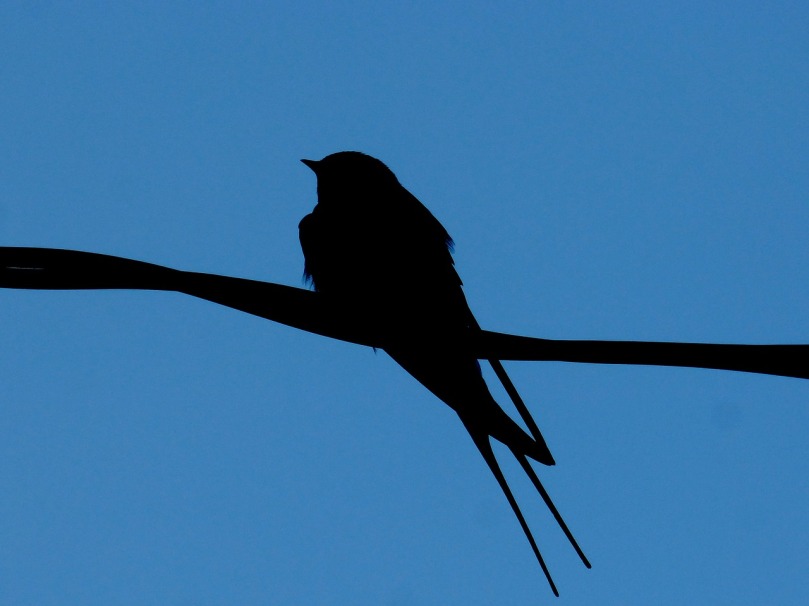 I am sitting at the kitchen table painting black over the white cracks on a ceramic swallow’s tail.

Because there is always hope.

For almost eight months, here in middle England, we had rain and darkness.  Towards the end of this time, my family became proud British and EU citizens one day and just about the next, the UK voted to leave the EU.  We cried and we fumed, and we stumbled on with work and living.  Come summer, we prepared to go on a holiday.

We bought a brand new GB sticker encircled with stars representing the unity of Europe and stuck it on the back of the car.

We drove across England and through five other EU countries proudly displaying the European GB sticker.

We drove one thousand miles.

In Germany, we talked about the UK leaving the EU.  Germans shook their heads, said, “We’re shocked and disappointed.”

In Austria, a thirtyish shop clerk crowed, “Now you’re free.”  An engineer said, “There’s too much bureaucracy with the EU.”  An older Austrian farmer disagreed.  He said, “The farmers have it better in the EU.”  An Austrian philosopher said, “Most of the young here don’t want to leave.  The worst is:  who knows where this will lead.”

We spoke with friends, an older couple who live in a town nearby.  Their local church has sponsored a Syrian refugee family, and for the past year, the couple have volunteered to help.  They’ve tutored the eldest child in school work, and fed all three children lunch in summer while the parents were at German language class.  Mohammed, the child they tutored, has adopted our friends.  The couple have become his oma and opa, his grandparents.

Being immigrants ourselves, we were cheered to hear this story.

We drove back home, and found that the rainy period was over.

Today, the back door is open to the garden on a deliciously warm sunny day.  Our boys are playing ping pong and not arguing.  My husband is cutting back the blooming mint thicket that engulfed the tomato plant while we were gone for two weeks.

I paint the last white crack black.  The swallow gleams.

I smile and look outside.  The lemon trees on the patio flutter their bright leaves.  The raspberry bushes hold out limbs dotted with dark red berries.  They haven’t given up.  And neither have our children; they are growing.  And Mohammed, who adores his new oma and opa, is growing.

The sun has come out of hiding.  You never know what could happen now the rain has stopped.